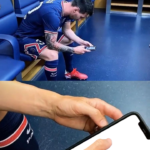 Crazy Christmas Fairy lights Blank Template is a good meme template to show your creativity. But did you know what is Fairy lights?

Christmas lights (also known as fairy lights, festive lights or string lights) are lights often used for decoration in celebration of Christmas, often on display throughout the Christmas season including Advent and Christmastide. The custom goes back to when Christmas trees were decorated with candles, which symbolized Christ being the light of the world. The Christmas trees were brought by Christians into their homes in early modern Germany. You can also get some Fairy Lights Ideas from festival-of-light.com

Christmas trees displayed publicly and illuminated with electric lights became popular in the early 20th century. By the mid-20th century, it became customary to display strings of electric lights along with streets and on buildings; Christmas decorations detached from the Christmas tree itself. In the United States, it became popular to outline private homes with such Christmas lights in tract housing beginning in the 1960s. By the late 20th century, the custom had also been adopted in other nations, including outside the Western world, notably in Japan and Hong Kong. It has since spread throughout Christendom.

What is MemesPortal Meme Generator?

Memes Portal is the best memes maker website that provides a free online image maker tool or meme generator that allows you to add custom resizable text to any images. Here in our memes templates section, you can make any memes online with the help of any template or if you want to edit meme template in your software so you can easily download the template without any watermark problem. Most commonly, people use the generator to add text captions to established memes, so technically it’s more of a meme “captioner” than a meme maker. However, you can also upload your own images as templates.

How can I customize my memes with meme generator tool?